Welcome . . . to  the Blue & Gold Supporters' Trust website for all the followers of King's Lynn Town Football Club - " The Linnets".

Independent of the club, here we cover news from The Trust, the "Linnets" past and present, host an active

.
The Archive follows the fortunes of the town's senior football club from

, covering everything from the Linnets' Crest to the league tables involving Lynn since 1897 plus all Lynn's FA Cup, Trophy, Vase, Amateur Cup and League/League Cup results.

Ross Barrows departs.
Friday 27th May
Out of contract Ross Barrows has left The Walks as he looks continue to play in the National League next season. Sheffiedl based Barrows joins Altrincham who are assembling their first ever professional squad.
Signed in March 2019 the popular defender made 103 appearances (94 starts) scoring nine goals.

Paul Jones agree extension.
Thursday 26th May
Lynn 'keeper Paul Jones has agreed to stay at The Walks.
The ever-present this season recorded his first clean sheet of the season against Weymouth, coinciding with Josh Coulson's debut, and went on to record six more.

Josh Coulson becomes fully fledged Linnet
Wednesday 25th May
Having joined Lynn on loan in February, Josh Coulson has become the club's first signing for the 2022-23 season following his release from Southend United.
The experienced centre back played 324 games for Cambridge United before moving on to Leyton Orient where he made 124 appearances over a period of four years.
He made 21 appearances for Lynn last season, scoring once.

Calling all supporters and fans of King's Lynn

The new CEO Barrie Pierpoint would like to invite you all to an open meeting on Monday 6 June 2022, at 18:30 in the Blue and Gold Bar.
If you plan to attend please can you email digital@KLTown.co.uk quoting "WILL ATTEND" in the subject line.

Lynn appoint Chief Executive
Monday 16th May
The club have announced the appointment of former Leicester City chief Barrie Pierpoint as the new chief executive of King’s Lynn Town.
At Leicester he is credited with taking the Foxes from the brink of financial collapse to the Premier League in the 1990s.
He has also held CEO roles at Bradford City and Portsmouth FC.
Pierpoint is no stranger to football in the area having been Chief Executive and later Chairman of Grantham and acting chief executive at Boston United. seas

Minutes of
past meetings. Blue & Gold Trust Committee Meetings
Next directors' meeting: Wednesday 15th June 2022 at The Crown & Mitre starting at 7:30 pm.
In line with our policy of openness and honesty, Trust members have the opportunity to attend Trust committee meetings, but should register their interest via the "contact us" facility on the website or by contacting the Secretary on 07710 937103.
This invitation is open to Trust members only, and that attendance will be limited to two applicants per meeting on a first come first served basis. The aims of the Blue & Gold Trust:

If you would like to join the Trust to help further these aims, you can do so online here.

Buying Online?
Earn commission for The Trust at no extra cost to yourself.
Click here to learn more or start shopping now by using the links below. 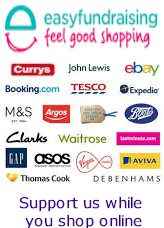 Disclaimer & Copyright © 1997-2022.
Disclaimer & Copyright
With the exception of articles appearing under "Trust News" and "Trust Aims", the contents of this website are those of individual contributors and should not be attributed to the Blue & Gold Supporters' Trust.
All copyright remains with the contributor. © 1997-2022
Travel directions and travel arrangements are given as advisory only, the Trust cannot be held responsible for any errors.
Club logos used on this site are copyright their respective clubs and used under fair use to identify the clubs.